A Special Invitation From Daylesford Abbey

Many of us receive a variety of invitations, including invitations for birthdays or anniversaries. Sometimes the invitation is for a holiday party such as New Year’s Eve, or to a graduation or a wedding. Invitations come in different forms.

Sometimes the invitation is by phone, sometimes by email. Other invitations might come by postal mail, such as a birthday or graduation invitation, or a wedding invitation. Invitations can be simple in format, or sometimes, as for a wedding, they are larger, with embossed print and sometimes a photo too.

An invitation might come in prayer, at Mass, in conversation with a priest or friend- an invitation to become a priest, and more specifically a Norbertine priest.

An invitation through prayer, or by a recurring thought can be easy to miss or even to ignore. Who Me? A Priest? However, these invitations are worth pursuing because they can be life changing.

An invitation to a religious vocation can be followed in many ways. Talking with our parents and friends can be a first step. Meeting with a priest in a parish or at a Catholic school or university. or by contacting a vocation director could follow.

Taking the next step in answering an invitation to religious life can be daunting, and even frightening. However, the response can happen gradually over time.

The first step is contacting a vocation director. At Daylesford Abbey in Paoli, Pennsylvania you can contact the Abbot, Father Domenic A. Rossi, O. Praem. at vocations@daylesford.org.

In this age of social media platforms, many share information through free websites. Click here to learn more. Or watch a video by clicking here.

There are stories of why others have become a Norbertine priest, including stories about Rev. Carl Braschoss, O.Praem, Rev Andrew D. Ciferni, O.Praem, Rev Nicholas R. Terico, O.Praem and others too.

“I became a Norbertine because I believed in, and wanted to be part of, a warm community of friends that would be a place of safety and security, not only for its members, but for all who would be drawn to it for ministry.

I believed in, and wanted to be part of, an environment that supported contemplation of the blessings of God to be passed on to others.

This is one of the six stories you can read and discover who wrote this.

Sometimes invitations have an RSVP/reply by date. In discovering and following a religious vocation as a Norbertine, there are gradual steps in the process.

Men start by making several visits to Daylesford Abbey and then by making a formal application for the affiliate program. The Affiliate stage of Formation is a time for the candidate to gain a clearer understanding of the fundamental ideals of religious life in general and the Norbertine Order in particular.

During this time, you live at the Abbey but continue your normal work and schooling but join the priests for their common prayer and meals.

If still interested in answering the invitation, God’s invitation, you move into the Novitiate stage, a two-year process. The first year you focus on developing your spiritual life, growing in appreciation of liturgical prayer and an understanding of the traditions and practices of the Norbertine order.

In the second year, academic studies are resumed to prepare for deeper enhanced theological studies. In the novitiate, spiritual growth and personal development continue, leading novices to be more at home with the Norbertine way of life.

As candidates continue to answer God’s invitation, they can make simple profession for three years of the vows of poverty, celibacy, and obedience.

After the novitiate, the candidate will focus on his own education by completing the requirements for theological studies leading to ordination or, for a brother candidate, his ministerial focus.

After at least three years of simple profession the candidate and the community discern if he is to proceed to solemn lifetime vows. These vows are made for life. By solemn profession, a man is 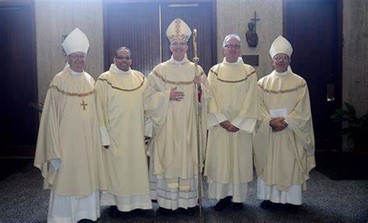 incorporated as a permanent and full member of the Norbertine community.

So, unlike an invitation to a party or a wedding, you would have many years to explore this invitation to be a Norbertine priest, living and learning with other Norbertines. The first step is to request more information. Click here to get in touch!

The next step is yours. God and the Norbertine community await your decision! 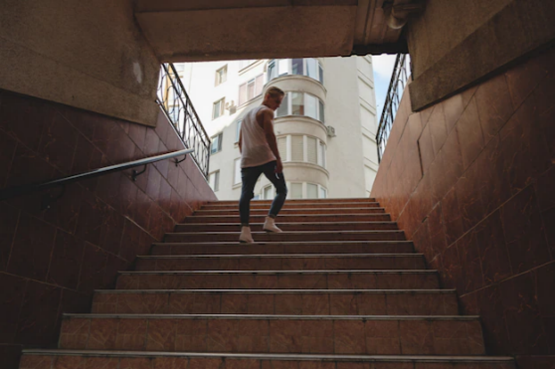