Abbey Fest is an exciting celebration of Faith, Music, and Family at Daylesford Abbey. Music, Mass, Food Trucks, even an opportunity to make a good Confession, all in one day. Doors open at 12:00 pm

The Philadelphia Catholic Gospel Mass Choir will get the day off to a rousing start. Combining the voices from various parishes within the Archdiocese of Philadelphia, the church choir sings for masses, revivals, celebrations, and the annual Soulful Christmas Concert at the Kimmel Center.

At 1:00 pm Hannah Schafer and Mark Griswold will lead the opening prayer.  Hannah is a compelling, award winning Contemporary Christian Artist in the Catholic Church. One of Mark’s favorite songs is We Belong to God. This was from his days at Steubenville, and he still hears Christ the King Chapel resounding with this song. Photo is of attendees at a previous Abbey Fest.

Jordan St. Cyr will perform at 1:40. He began writing lyrics and poems at the age of 14. He served as a worship leader at his church, and at 19 he served with YWAM (Youth with a Mission) in Montana, where he found the resolve to commit those songs to tape. In 2020 he released the powerful single “Fires,” That track, along with three others, appeared on his 2021 debut EP, Be My Defender.

Connor Flanagan will perform at 2:45 pm. He is a hip-hop artist, singer songwriter and worship leader passionate about encouraging others to step into God’s dream for their life. Connor desires for his career to serve as a witness of what can happen when you don’t settle for what the world offers, and instead allow Jesus Christ to breathe life into your gifts.

Over the past 5 years, Connor has been working to make music that expresses the joy that he has found in & through the life of Jesus. He is committed to crafting a live experience that communicates both hope & encouragement to all those in attendance. 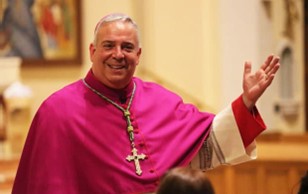 will be a procession at 3:50 for the 4:00 Pm Mass with principal celebrant the Most Reverend Nelson J. Perez, Archbishop of Philadelphia with The Vigil Project, a group that makes music for the Catholic journey.

At 5:20 pm attendees will be entertained with songs by Athenas, who is part of The Vigil Project debut Spanish album. Micah Taylor will follow her.

“It’s hard to imagine how many times Micah Tyler spent his days wondering ‘what’s next,’ while driving a sausage delivery truck across southeast Texas. “I told the Lord, ‘I don’t know how to be a professional musician, but you’ve taught me to be faithful.’ It was a daily decision to wake up every morning and stop worrying about tomorrow.” Fast forward to two BMI Top 25 Christian Songs, an appearance in a major motion picture movie, and five #1 songs.

The last artist to perform will be Matt Maher. He is a nine-time-GRAMMY® nominee and three-time-GMA Dove Award® winner. in the music industry. His songs include “Lord, I Need You” and the chart-topping radio singles “Because He Lives (Amen)” and “Alive & Breathing.”

Maher has been headlining his own tours and performing at major Catholic and Evangelical events since 2004, including multiple World Youth Day festivals, most recently in Rio De Janeiro presided by Pope Francis. 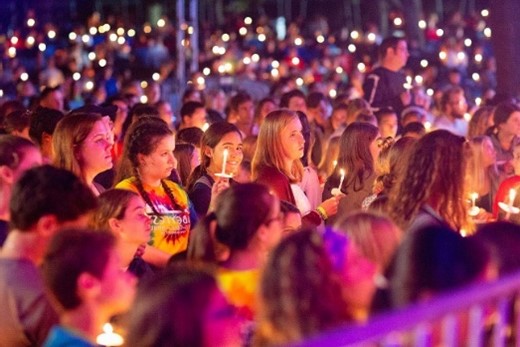 Abbey Fest will culminate at 9:10 pm with evening adoration by candlelight until the Abbey Fest days end at 10:00 pm. Silent adoration of our loving, saving God! What a beautiful way to end the day.