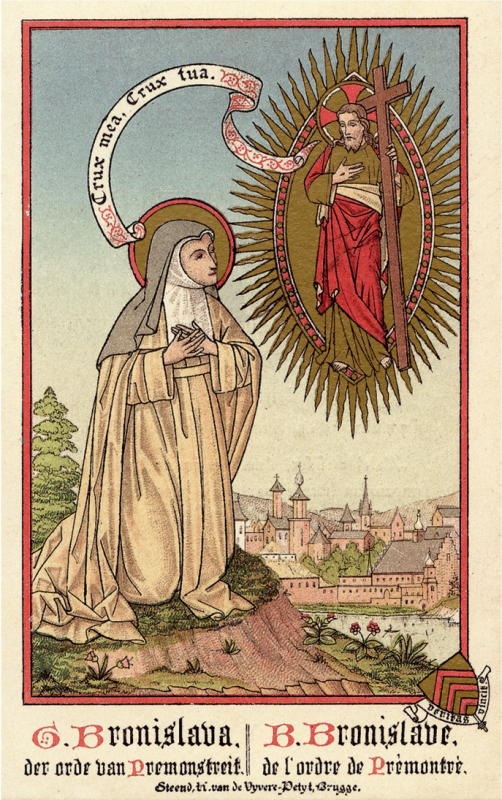 Love of the Cross

Beginning of the 13th century  – August 29, 1259. Born at Kamien, Poland. Called upon by God to religious life, Blessed Bronislava fulfilled her life’s vocation. She entered the community of Norbertine nuns at Cracow. She became a mystic who identified closely with the Cross. In the face of danger from attack by the Tartars, she led her sisters to safety. She rebuilt the Cracow convent, cared for the poor, the sick and the victim of Tartar invasion.

Compassionate God,
to your Son on the Cross you draw peoples
of every time and place.
You drew to a deep mystical attachment
to Christ’s saving Cross our sister Bronislava.
The power of the Cross gave her courage in the face of danger,
hope and wisdom to lead her community,
and unfailing energy in the service of the dispossessed poor.
May her example be for us an inspiration
to combine in our lives a contemplative spirit
with hearts and hands open to the poor
who look to us in their need.
We ask this in the name of the one who was her love,
Jesus Christ, this day and for ever and ever. Amen.