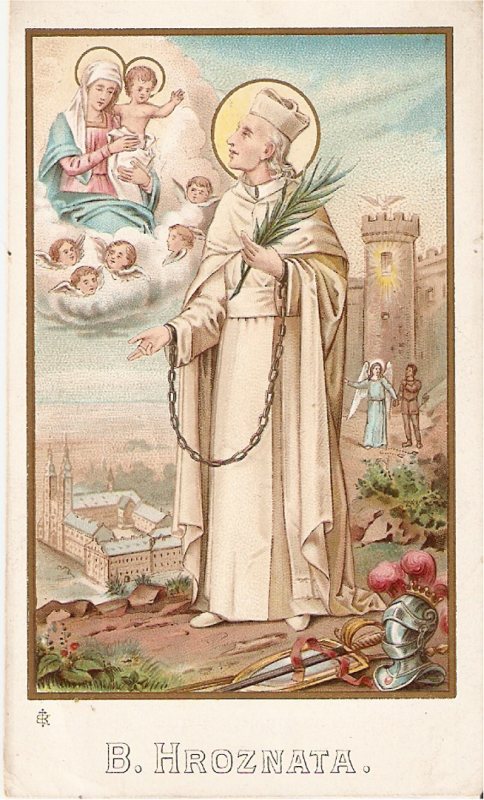 Ca.1170 – 1217. Born into a noble Bohemian family, he became a widower and decided to give up his lands and possessions to find the abbey of Tepla. He then made a vow to take part in the Crusade of 1197 which he was forced to abandon. In release of his promise by the pope, Blessed Hroznata founded a community of Norbertine nuns at Chotieschow and entered the Norbertine Order himself. He met violent opposition because of his generosity and was seized by hostile knights who imprisoned him where he died of starvation.

Almighty God,
mighty are your deeds among the disciples of your Son
and your power is manifest in the courage of your saints.
You endowed the noble Hroznata with wealth and power.
Like Norbert he emptied himself
that he might take up the Cross of Christ.
His generosity was met with violence
which he met with the humility inspired in him
by the example of Jesus whose response to his enemies
was compassionate forgiveness.
Grant us to us, as you did to Hroznata,
that meekness and humility of heart
that will make of us more authentic disciples
of Jesus the Christ who lives an teigns with you
in the communion of the Holy Spirit,
one God forever and ever. Amen.