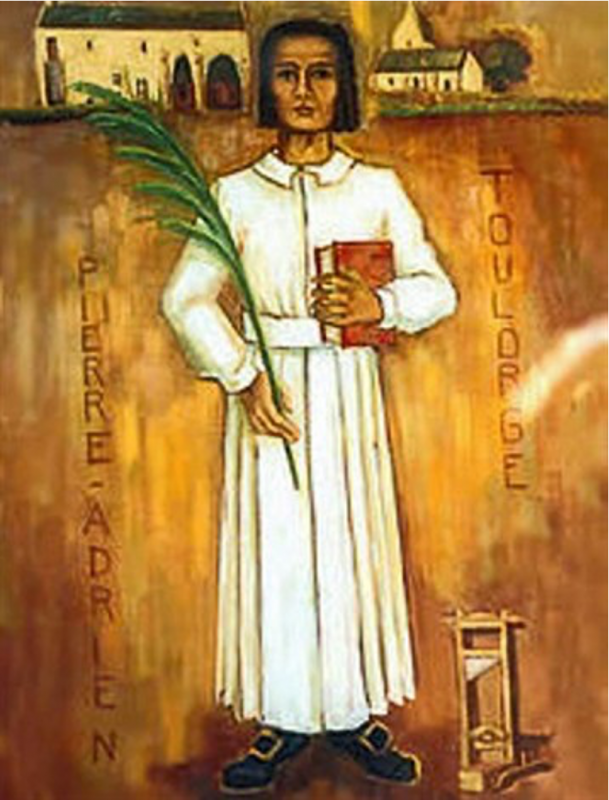 1757 -October 13, 1797. Born at Muneville-le-Bingard, France. Blessed Pierre-Adrien Toulorge felt the pull to religious life early on in life and lived out his vocation to God. Ordained a diocesan priest, he became inspired by the ideals of Norbert and entered the abbey of Beauport. Living at the height of the terrors of the French Revolution, he went into exile on the island of Jersey but retuned to France one year later. He was captured and did not hide the fact that he had gone into exile, a crime under the Reign of Terror. By this admission he was condemned to death and was guillotined.

All provident God,
every gift of knowledge, insight, wisdom and right judgment among us
comes to us from your Holy Spirit who leads us to all truth.
In times of persecution, exile, and terror
our brother Pierre-Adrien Toulorge remained faithful
to shepherding his flock.
Pursued and hunted down,
he refused to hide from those who judged him
the truth of his word and work in the name of your Son.
Grant us, God of Light, that peace of mind and heart
that will enable us to bear witness to the Truth
who is our life and salvation,
Jesus Christ your Son, who with you and the Holy Spirit
guides and gives us hope for ever and ever. Amen.