Ever Ancient Ever New: A Norbertine Vocation

Ever Ancient, Ever New

Some things in life are ancient and new at the same time.  Imagine something that has been in existence for over nine hundred years? Half Dome at Yosemite, the Tower of Hercules in Spain, built by the Romans, and completed around the first century. The Acoma Pueblo in New Mexico is extremely old. Acoma is “one of the oldest continuously occupied communities in what is now the United States.” It’s estimated it was founded as early as 1100 A.D., although local oral history says people have lived there “forever.” This is reflected in its name — in the local dialect, Acoma means “a place that always was.” In Greece the Pantheon is also extremely notable. One major reason is it’s still in amazing shape for a 1,900-year-old. Built around 125 A.D, it may have been an ancient Roman temple, or a place for the emperor to come, surrounded by statues of the Roman gods. There is another group with a long history, the Norbertines, founded by St. Norbert. They follow the Rule of St. Augustine and are Canons Regular, involved in public ministry in the Catholic Church. You can discover and meet the Norbertines, for they are right here in Paoli, Pennsylvania at Daylesford Abbey. 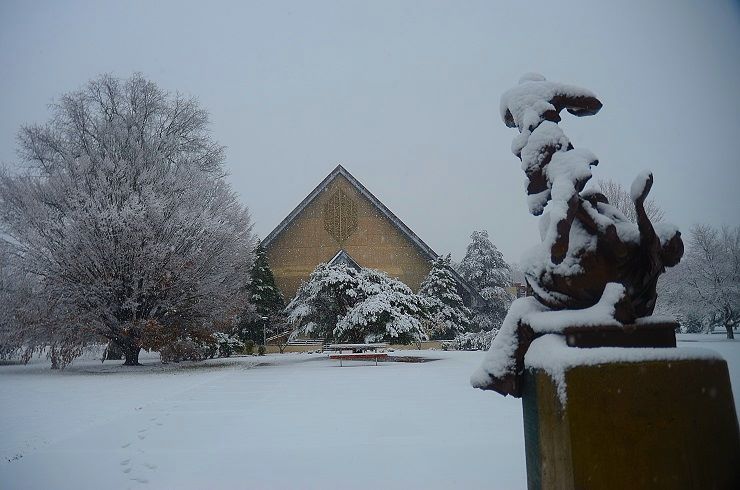 The priests and brothers connect with God each day through the Divine Office and daily Mass. They also practice meditation and private prayer. However, they do not spend all their time in prayer, but are involved in active ministry too. They work in schools, with the unhoused, the poor and hungry. They are connected with God through their prayer and their work.

Open and Welcoming- They are not a closed private group but are open to welcoming new members. They invite men who want to serve God with all they have, people who love God more than anything else. Copy and paste this link to learn more. https://remedium.egnyte.com/dl/eH3R9Y6gAK

The Abbot- Abbot Dominic A, Rossi, OPraem is their abbot, and he is the shepherd of the shepherds of God.  He helps the community to remain focused on their primary mission, a mission of service and deepening relationship with God. 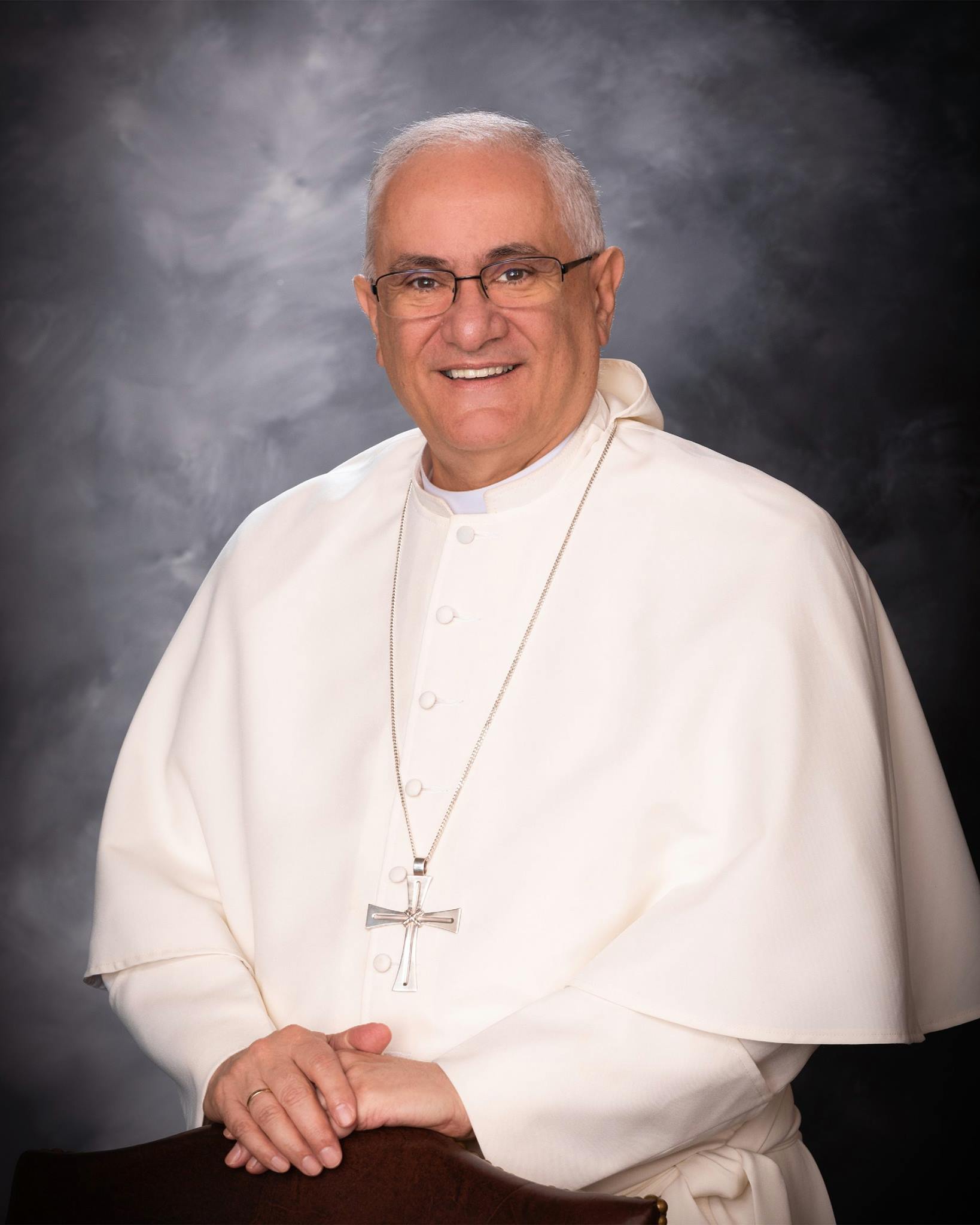 Prayer chanted several times a day is a great tool for their mission. The Norbertines have been chanting the office of Vespers for 900 years. This is longer than the birth of the United States in 1776. The psalms that make up the office of Vespers and the other hours of the Divine Office are often prayers of joy. However at times they are prayers of desperation too.  These psalms are like a stream of God’s wisdom, connecting the community members to God each day. Timely for our world today? Absolutely! 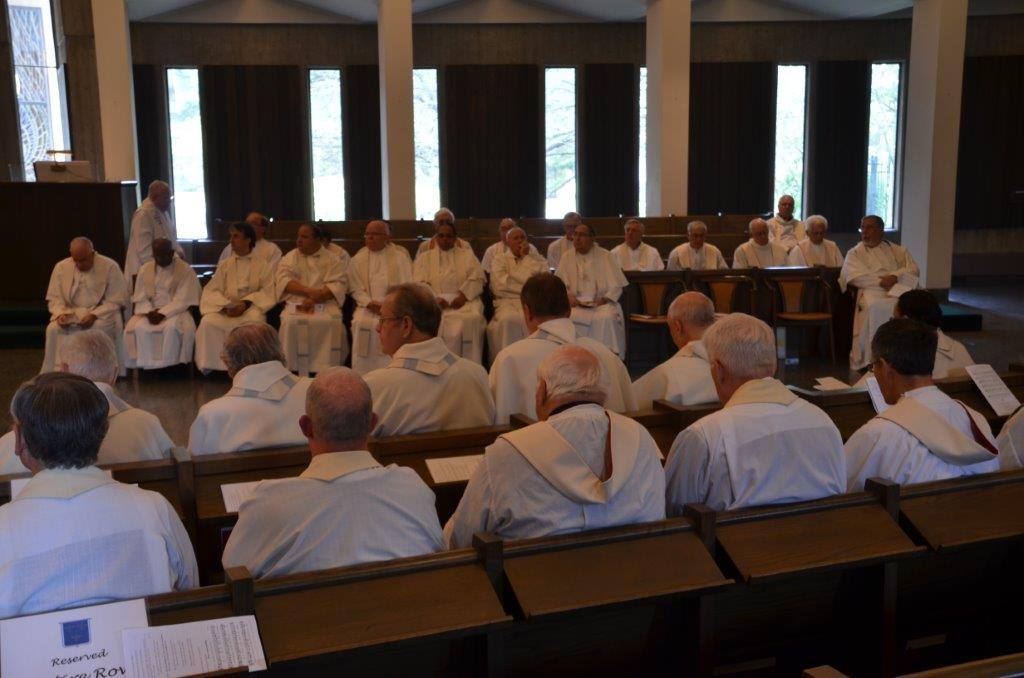 Today people are looking for ways to serve others, such as the Peace Corps and volunteering to help with migrants, the poor and the hungry.  People are working for peace and an end to violence in our cities and towns.  Daylesford Abbey is known as an “oasis of peace,” and the men who live and work at the abbey are messengers for peace and justice in our troubled world.

They want to serve God and others, so this is a wonderful path for people who want to express their love for God, while reaching out to those in need too. Abbot Dominic shares this vision in a powerful video. Click here.

These priests belong to an order nine hundred years old but are talented users of modern social media tools.  Videos, podcasts, and social media websites are utilized.  Visit our website to explore the many facets of their ministry, including a spirituality and retreat center, and the Springhouse Media Center.

People of today often are familiar with social media and have a passion to make the world a better place. However, this passion can run dry without the support of others. Imagine living with a group of men nourished each day by Mass and the psalms, who support one another in various ministries, while living in a true “oasis of peace.”

If you are someone who wants to express their love of God in this 20th century, then consider visiting Daylesford Abbey.  By clicking on this link,  you can read stories of Norbertine priests. You may be surprised that some of their stories may resonate with who you are, your dreams, your hopes! Let the exploration begin!