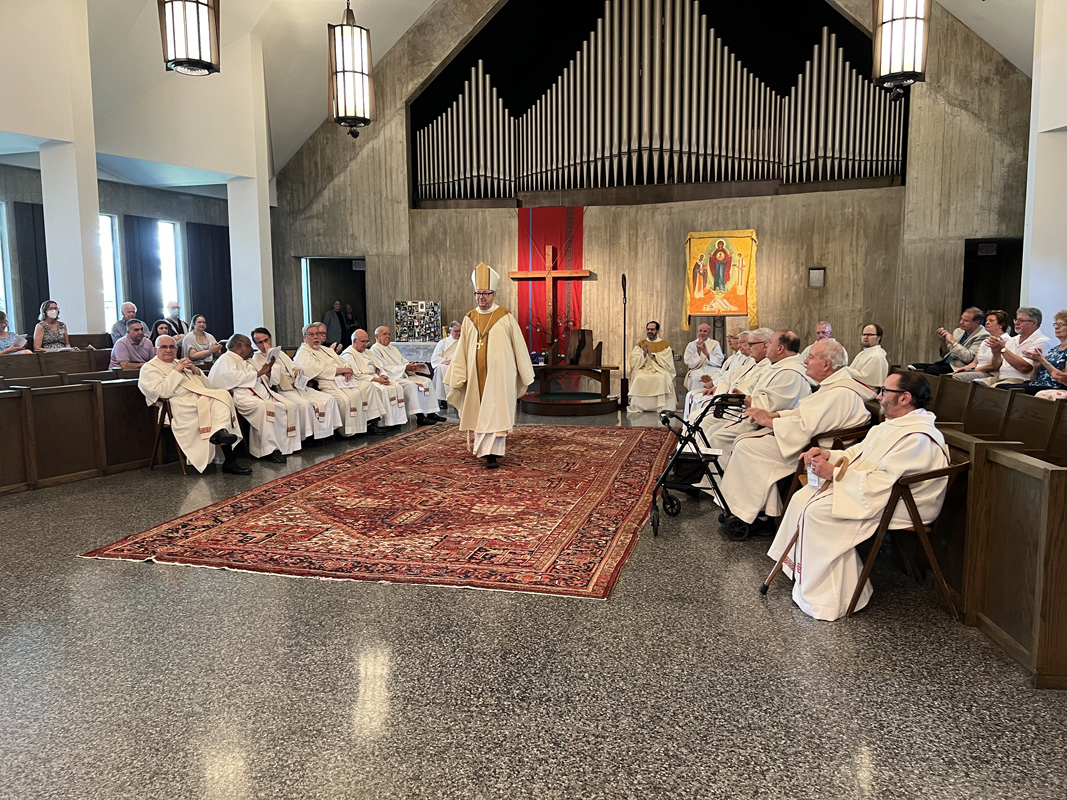 This year, two men who are Norbertines at Daylesford Abbey are celebrating their Golden Jubilee. Fr. Richard Antonucci O. Praem. and Fr. James Rodia O.Praem. are commemorating the 50th Anniversary of their ordination to the priesthood.

Fr. Antonucci and Fr. Rodia were ordained in 1972. They entered the Norbertine community in 1963 upon graduating from (then) Bishop Neumann High School in South Philadelphia (now Neuman-Goretti).

These men heard God calling them to a vocation as Catholic priests at Daylesford Abbey. Both hailed from South Philadelphia. They moved from a close-knit Italian American community to the Norbertine Novitiate at the Norbertine Priory. (Today, that location is the Berwyn YMCA!)

Fr. Antonucci celebrated this auspicious occasion on Sunday, 22 May, 2022 with a Pontifical Mass and dinner for almost 400 guests. While Fr. Antonucci served as the principal celebrant, Fr. John Zagarella offered the homily.

Fr. Antonucci has dedicated his life as a Norbertine priest and has served in various ministries and apostolates over the last fifty years. Notably. Fr. Antonucci paved the way for the integration of computer technology throughout Catholic schools in the Archdiocese of Philadelphia. He began his teaching career in 1977 serving at his alma mater Bishop Neumann High School. But in 1983, Fr. Antonucci was asked by the diocese’s Office for Catholic Education to bring computer technology to the classroom. He was also instrumental in securing government money to help bring internet connectivity to Catholic schools in Philadelphia.

The Sisters, Servants of the Immaculate Heart of Mary, also helped form Father’s vocation. They helped inspire in Father a love of education. Father has remained close with his grade school teachers. In fact, two IHM Sisters who taught Father in 2nd and 5th grade attended this Sunday’s jubilee celebration!

In January 2009, Fr. Antonucci was elected Abbot at Daylesford Abbey. “I never imagined I would be called to be Abbot,” Father noted. Fr. Antonucci served as Abbot util 2018 when he was succeeded by Abbot Domenic Rossi.

“The world has changed tremendously in the last fifty years,” observed Fr. Antonucci. “When I entered, everything was in Latin.” Father observed that he was studying in the seminary as Vatican II was in session. Daylesford quickly and fully embraced the changes that came with this ecumenical council. He noted Daylesford led the way, and that the surrounding community embraced the changes. For years, Daylesford had standing-room-only Masses because of the popularity of the post conciliar liturgy at the Abbey.

Life within Daylesford Abbey changed in many ways. Assignments were once given out as a matter of dictum. But today, assignments are made through dialogue (and some arm twisting)! “It’s much better this way,” said Fr. Antonucci. 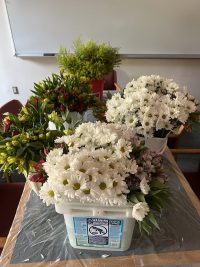 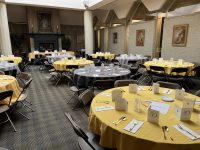 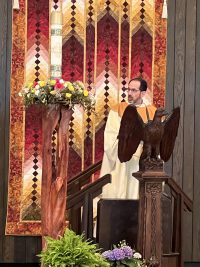 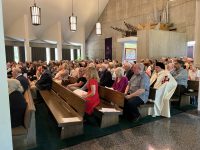 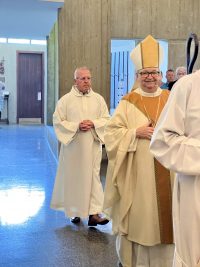 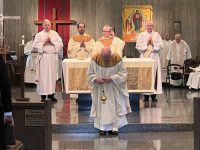 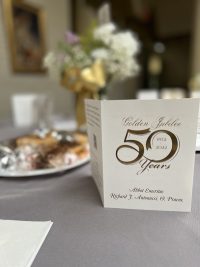 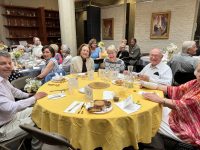 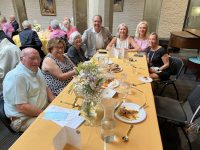 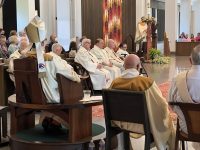 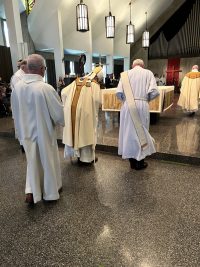 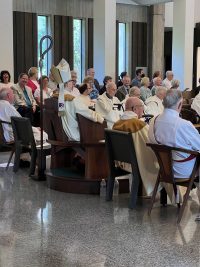 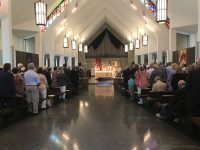 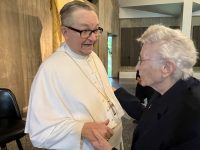 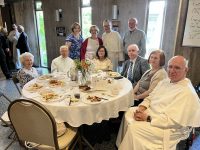 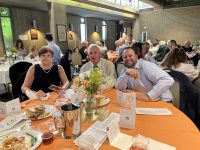 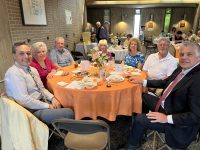 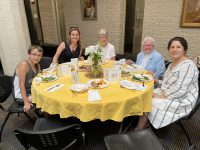 The world outside of Daylesford Abbey has changed, too. Fr. Antonucci noted that the world is more divisive than ever. He expressed concern over our increasingly tribal social life with divisions and differences becoming more important than common ground and common good.

Fr. Antonucci remains active today. He serves as the Abbey’s Archivist and remains active in pastoral ministry serving as a confessor and spiritual director.

Daylesford’s other Jubilarian, Fr. James Rodia, also graduated from Bishop Neumann High School in 1963 and entered Daylesford that summer. He studied at St. Norbert College in DuPere, Wisconsin where he earned his degree in Spanish. Fr. James was ordained to the priesthood in 1972.

For many years after graduation, Fr. Rodia taught at his alma matter, Bishop Neumann High School. He was truly loved by the students there. Many maintain that Fr. Rodia was one of the best teachers in the school. He engaged the students and interacted with them in real and authentic ways.

Fr. Rodia later served in Parish Ministry. He has been at St. Monica’s and St. Gabriel’s in S. Philadelphia as well as at St. Norbert Parish in Paoli, PA.

The Norbertine Community was established 900 years ago. St. Norbert was a reformer dedicated to bringing peace and reconciliation. This vocation is alive and well 900 years later. Father Rodia and Father Antonucci responded to God’s call with a clear and resounding “yes.” They have faithfully lived their vocation to the Catholic priesthood for these last fifty years!