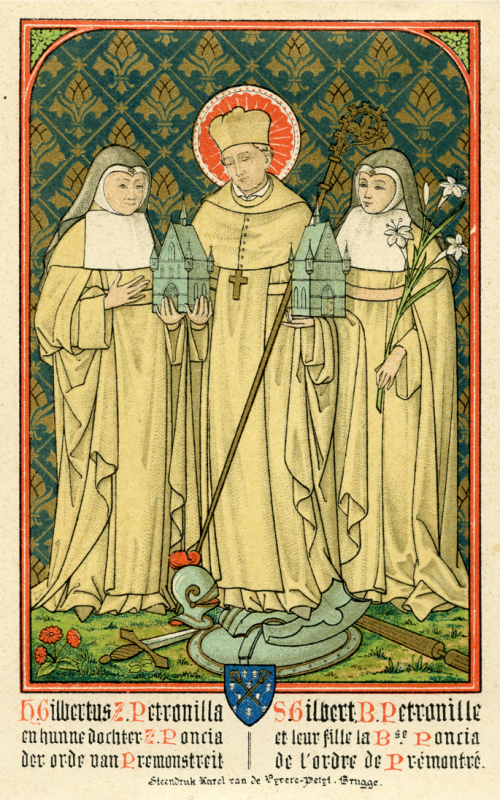 Born towards the end of the 11th century – June 6, 1152. Born into a noble French family, Saint Gilbert married and settled on a family estate near the abbey of Dilo. About 1146 he responded to St Bernard of Clairvaux’s call to the Crusades but became disillusioned by the immoral conduct of the Christian army. In repentance he returned home, devoted his life to God and founded the abbey of Neuf-Fontaine where he became the first abbot and where he built a hospital for the poor and was buried in their cemetery.

Of all true peace, you are the source, O God.
Our brother Gilbert heard a call to go on Crusade
but in that crucible of war
he became a messenger and advocate of peace.
In the steps of Norbert, apostle of concord and reconciliation,
he brought all he had to the service of the sick and the poor.
He transformed his fortress into a house of healing.
May we who admire his deeds
seek to break down the walls of our minds and hearts
so that in us our brothers and sisters may know palaces of peace.
We ask this in the name of Jesus Christ
in the communio of the Holy Spirit
this day and forever and ever. Amen.