Saint Siard, Abbot of Our Order 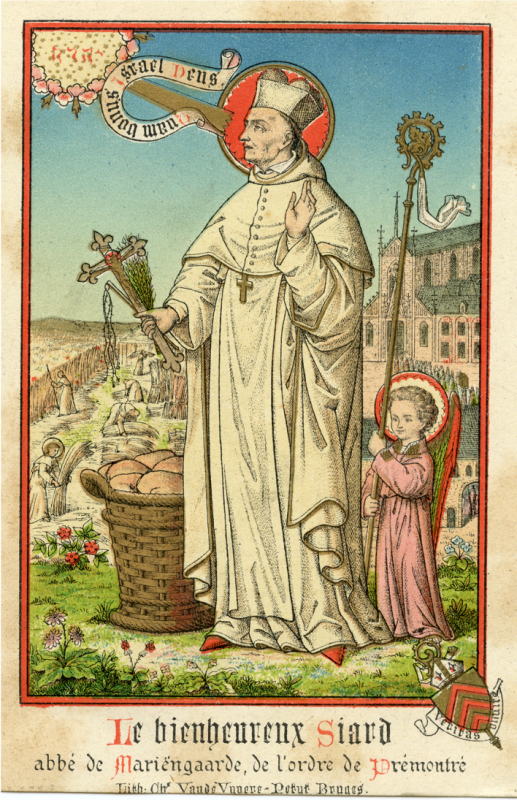 Give success to the work of our hands

Ca. mid-12th century – 1230. Siard joined the Frisian abbey of Mariengaarden which had been founded by Sr. Frederick. In 1194 he became the fifth abbot of that monastery. He insisted on being treated as an equal among his brothers and joined them in their manual labors and in the distribution of food to the poor. Nonetheless, the austere regime he established in his abbey met with opposition and even physical attack from one of his confreres.

Saint Siard is one of many Norbertine priests in our 900-year history that has fulfilled his vocation to God. Among some of the first within our religious order, Saint Siard exemplified the Norbertine way of life.

Creator of the heavens and the earth,
you give into our care an unfinished world
and you call us to work with you to bring it to completion.
In his Mary’s Garden abbey, our brother Abbot Siard
rejoiced to be able to work side by side with his brothers and sisters
harvesting the fruits of fields and vineyards
to provide daily bread for the tables of Eucharist, dining hall,
and food for the poor.
Grant that we as co-workers in your fields
may become more and more each day faithful disciples
committed to faithful stewardship of all that you have given into our hands.