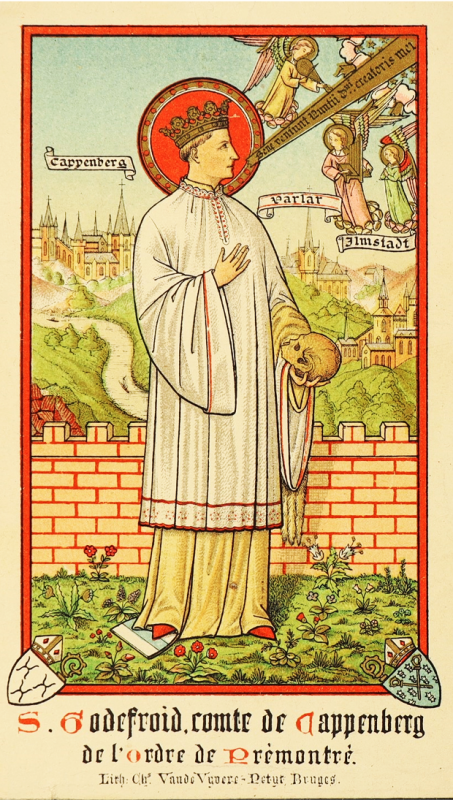 1097 – 1127. Born into a family of wealth and prestige, Saint Godfrey’s vocation was marriage rather than the priesthood. This young husband and father encountered Norbert in 1121 and immediately gave all his possessions to the new order. He met violent opposition from his father-in-law, but he remained steadfast and he, his wife and brother were received into the order. He followed Norbert to Magdeburg but soon after returned to his homeland where he died on January 13, 1127.

Generous God,
you raise up in the church men and women
who out of love for you are willing to follow in poverty
the poverty of the poor Christ.
Out of their abundance others are cared for in their need.
We honor in prayer and praise the example of Godfrey of Cappenberg
who, in spite of even violent opposition,
gave to Norbert his home as a new community
and who himself became a faithful disciple of that man of God.
Inspired by his openness of heart and hands,
lead us to build up the Body of Christ
by our generous response to the Gospel.
We ask this in the name of Jesus Christ
in the communio of the Holy Spirit
this day and forever and ever. Amen