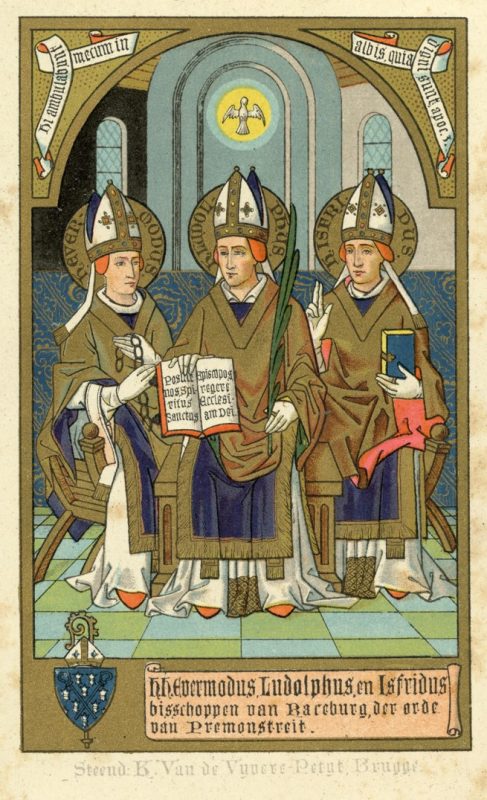 Already a Catholic priest, Saint Ludolph joined the Norbertine cathedral chapter at Ratzeburg and became bishop there in 1236. In that position he opposed the Duke of Saxony who wish to expropriate the cathedral property for his own uses. The Duke kidnapped Ludolph, imprisoned him and submitted him to conditions that soon led to his death.

God our strength,
Jesus teaches us to expect resistance to the Good News
we preach in word and example.
In the lives of your saints your sustaining presence
is seen in their ability to stand up to oppressors and tyrants.
Ludolph became a fearless champion for his diocese and its people.
He walked in the footsteps of Norbert who followed Jesus
even in persecution and violent attack.
Grant, O Lord, that we may stand uprightly and strongly
in proclaiming the Gospel in the face of opposition
in our society and in every place where we are called to bring peace.
We ask this in the name of Jesus Christ
in the communio of the Holy Spirit
this day and forever and ever. Amen.