Saints of the Norbertine Order

Daylesford Abbey in Paoli, PA was founded and is staffed by Norbertine priests. St. Norbert founded the Norbertines.  He is just one of many saints of the Norbertine Order. Norbert of Xanten was born to noble parents around the year 1080 in Xanten (northern Rhineland). Already as a small child he was presented to the collegiate church of St. Victor in Xanten where he was later o 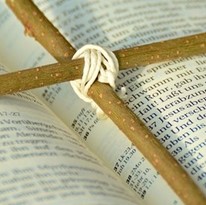 rdained subdeacon. He was later called into service by Emperor Henry, and in addition to serving the emperor he led a worldly lifestyle.

In the year 1115, Norbert was thrown from his horse and nearly killed in a thunderstorm. He interpreted this as an invitation to repent and immediately began to lead the life of a penitent, barefoot and dressed in sheepskin. Ordained to the diaconate and priesthood on the same day by Archbishop Frederick of Cologne, he wandered about the countryside, preaching the word of God and railing against the abuses of the clergy.

This led to much criticism by members of the hierarchy, but Pope Calixtus II encouraged him to settle in one place and found a community. In the desolate valley of Premontre, in the diocese of Laon in Northern France, he began his religious order and chose the Rule of St. Augustine as the guide for his community members. He was later canonized as St. Norbert.

The life of his community members was marked by poverty, austerity, and an intense liturgical life of prayer, marked by fidelity to the ideal of community life. This life and charism continue to this day by the privets at Daylesford Abbey. Norbert died on June 6, 1134. He is typically pictured with a monstrance holding the Eucharist the Body of Christ, reflecting his Eucharistic centered spirituality.,

Another Norbertine saint is Blessed Hugh of Fosse, St. Norbert’s first disciple. He was called Norbert’s lieutenant, and ran the abbey when St. Norbert was away. Blessed Hugh helped to implement St. Norbert’s view of a group of canons living in community, along with the Premonstratensian vision of going out serving others in the world while living and praying together at the abbey,

St. Evermode was also one of the original Norbertines and went with St. Norbert on many of his travels. He was present when St. Norbert died and was elected head of the priory of Our Lady of Magdeburg and oversaw the foundation of four more Norbertine houses. He later became a bishop, just as St. Norbert had

St. Frederick of Hallum brought the Norbertine order of Canons Regular to the Netherlands. Her founded Mariengaard Abbey in Holland, and founded Bethlehem Abbey for Norbertine canonesses, (nuns) in Hallum. His feast day is celebrated on March 3.

St. Hermann Joseph was born in Cologne and was a writer and a mystic. He wrote tracts on Our Lord and Mary, and a commentary on the Canticle of Canticles. Although now lost, this writing was important in a continuing study and interpretation of the Old Testament. He served the poor in the diocese, a mission and service continued to this day.

St. Godfrey led a wealthy courtly life and married Jutta, also of noble lineage. However, once he met Norbert, he reconsidered his vocation to become a Norbertine priest and his wife became a Norbertine canoness. The Norbertines continue this tradition and legacy today with abbeys of canons and nuns.

St. Gilbert was a solder and participated in the 2nd Crusade. On returning home he too decided his vocation was to be a Norbertine priest. He founded Neuffontaines Abbey and a hospital where he helped care for the sick and the infirm.

St. Gerlach (1100-1170) was a Dutch soldier, and, as legend has it, a brigand. However, upon the death of his wife, he had his own conversion experience after a pilgrimage to the Holy Land. On his way back to Western Europe he spent seven years in Rome administering to the sick.

He retired to an old hollow oak tree in Houthem in the Netherlands, where he lived the life of a hermit. As far as Norbertine saints go, St. Gerlach is unique. Norbertines are not (usually) hermits, as Premonstratensian life is not only communal, but calls for going out into the world to serve it.

St. Pierre-Adrien Toulorge was a Norbertine priest killed during the French revolution. He spent most of the revolution in hiding, celebrating Mass and the sacraments secretly. However, he was arrested on Sept 2, 1793, and sentenced to death by the guillotine. His dying words were, “God, I beg you to forgive my enemies.