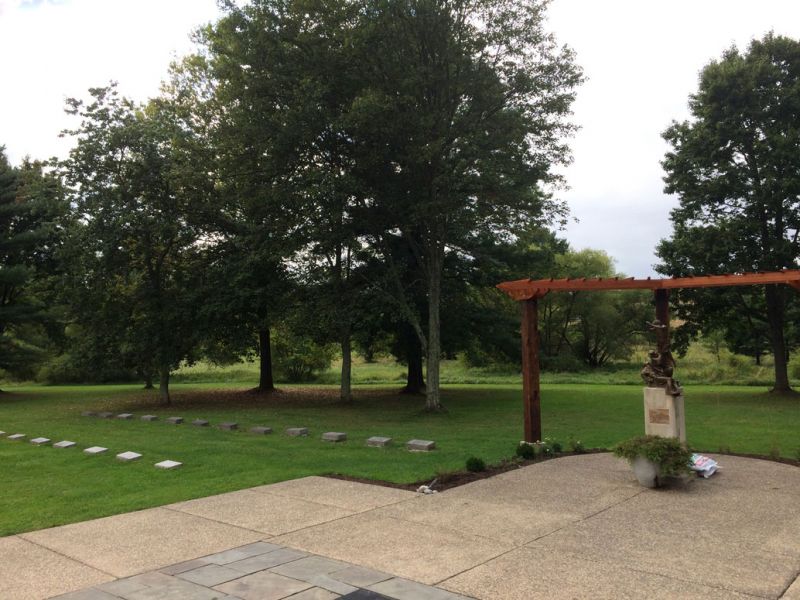 Daylesford Abbey exists to enrich the church by our Norbertine communio, nourished by contemplation on God’s Word, made visible in worship and service within the local church.

from the Abbey Vision Statement…

God’s gift of faith empowers us to believe that we are called to be a healing and reconciling community, an hospitable family, where any of God’s children may find a sanctuary of healing and strength for Christ’s mission.

FROM DEATH TO LIFE

Bringing a family member, loved one or friend to burial is an immensely significant moment in the lives of the mourners and the community to which the deceased belong. The rites of Christian burial, like all Catholic rites, are a celebration of the Paschal Mystery, our passing over with and in Christ from death to life.

The Order of Christian Funerals states clearly that funeral rites have three purposes:

FOCUS OF THE RITE

Without ever losing sight of the fact that the community’s memory in these rites is focused on the life and death of the one who has gone before us in Faith, we hold that the primary focus of the rites is God and giving thanks to God in the psalms and hymns, the texts and symbols of the sacramental rites.

Only novices and/or professed members of Daylesford Abbey have the right to be buried from the Abbey Church; the privilege of burial from the Abbey has been extended to our associates. Although any Catholic may request that his/her burial take place from any Catholic church and/or oratory other than his/her parish church, accepting that request depends on the policy of the community and/or pastor of the worship space. From time to time the Abbey has acceded to the request of others (besides professed and/or associates) to be buried from the Abbey but such requests must be approved by the Abbot. Among other considerations will be the availability of the Abbey Church.

Anyone may seek to arrange for a Memorial Mass at the Abbey but acceptance of such requests depends upon, among other circumstances, the use of the Church for the Abbey’s common prayer and the programs of the Spirituality Center which will almost always take preference. As far as possible, we avoid the duplication of Masses and so Memorial Masses, especially on Saturdays, should be at the time of a regularly scheduled community celebration of the Eucharist.

In an age when we can make choices among hundreds of possibilities, we might think it natural to make choices regarding the burial of the dead primarily in terms of the individual mourner(s). Permission to celebrate a funeral Mass and/or Memorial Mass in the Abbey, however, presumes that the person and/or family making this request accept the usual liturgical practice of the Abbey for the Mass requested. All decisions about ministers, ritual, texts, music, and worship aid are to be approved by the Abbey Liturgy Director. The normative rites of the Roman Catholic Church are to be followed.

This policy applies to all funerals and Memorial Masses celebrated in the Abbey even when family and/or friends of the deceased are not regular members of the Abbey assembly and/or when they arrange for such a celebration through an individual Norbertine priest.