Transfer of The Body of Saint Norbert 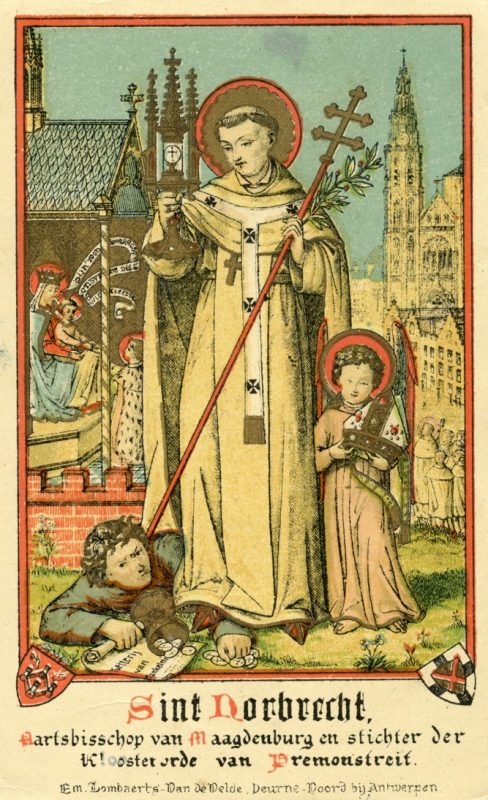 Upon his death, the beloved father of the Norbertine Order, Saint Norbert was buried in his Order’s Church St. Mary’s Church in Magdeburg. When in the sixteenth century that city came under the control of the Protestants, the Abbot of Strahov in Prague petitioned the emperor and was granted permission to remove Norbert’s body to his abbey where Norbert was proclaimed Patron and Protector of Bohemia.

Of all times and places you are Lord, O God.
You bring us to birth from the dust of the earth
to which we return in our death and burial.
The soil of Magdeburg received the body of its archbishop,
our father Norbert where it rested for centuries.
In a time of conflict and violence
your provident care allowed Norbert’s followers
to carry the Gospel to tribes and nations
and so carry forth Norbert’s missionary spirit
for the life of the world.