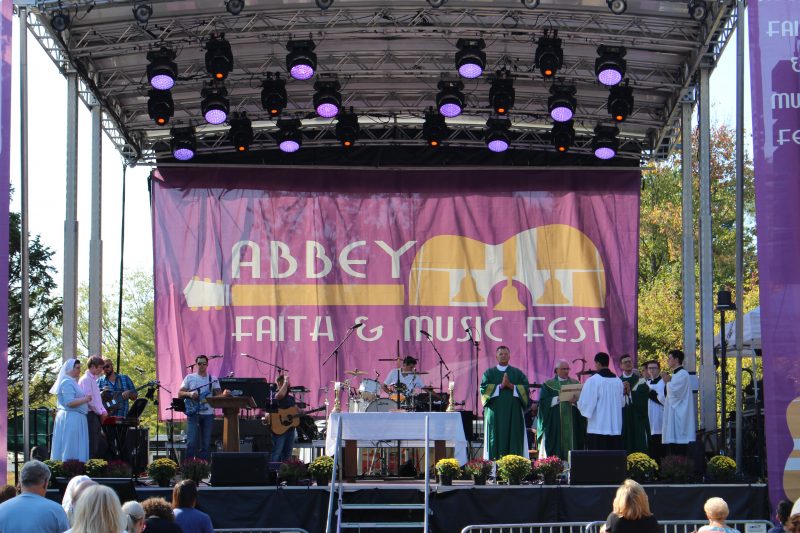 Matt Maher, Fr. Rob Galea, MacPowell, Hanna Schaefer and Joe Melendrez headlined the entertainment. Fan favorite Matt Maher, a contemporary Christian artist hailing from Canada took the stage after Mass to close out the live entertainment. Maher has been nominated for nine Grammy Awards throughout his career. Hannah Schaefer played before Mac Powell, both contemporary Christian musicians. Schaefer won the John Lennon Songwriting Contest in Gospel/Inspirational category in 2015. Powell, the vocalist for Christian rock band Third Day won the 2001 Gospel Music Association award for “Male Vocalist of the Year.” Father Rob Galea and Joe Melendrez lead up to Maher’s performance. Fr. Rob Galea is both a Roman Catholic priest and a contemporary Christian singer-songwriter. Melendrez shakes things up with his Christian rap performances. Daylesford Abbey was pleased to welcome all of our performers at this year’s AbbeyFest.

Perhaps the highlight of the event was the call for vocations. After Mass, Abbot Domenic Rossi, O. Praem., invited the men and women currently in formation for the priesthood and consecrated life to come forward for a blessing.  Dozens of young men and women representing religious communities and the diocsean priesthood approached the alar and the entire assembly prayed for their vocations.

Still more powerful, was the response to Abbot Domenic’s request that anyone open to considering a vocation to the priesthood or religious life come forward for a blessing.  In a powerful show of faith and courage, hundreds of men and women approached the altar and were blessed by those attending.

As the Catholic church attempts to navigate these complicated times, events like AbbeyFest are a reminder of the importance of faith-filled, family experiences.  For faith Catholics, young and old alike, AbbeyFest serves as an inspiration. 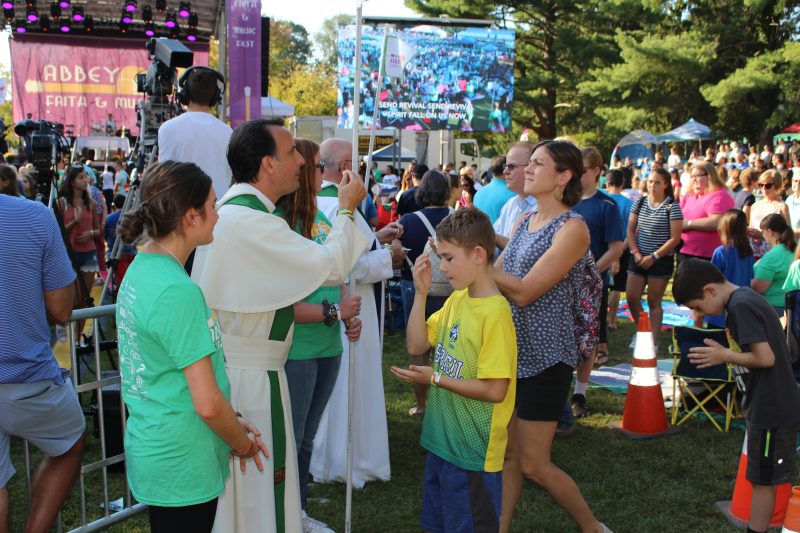