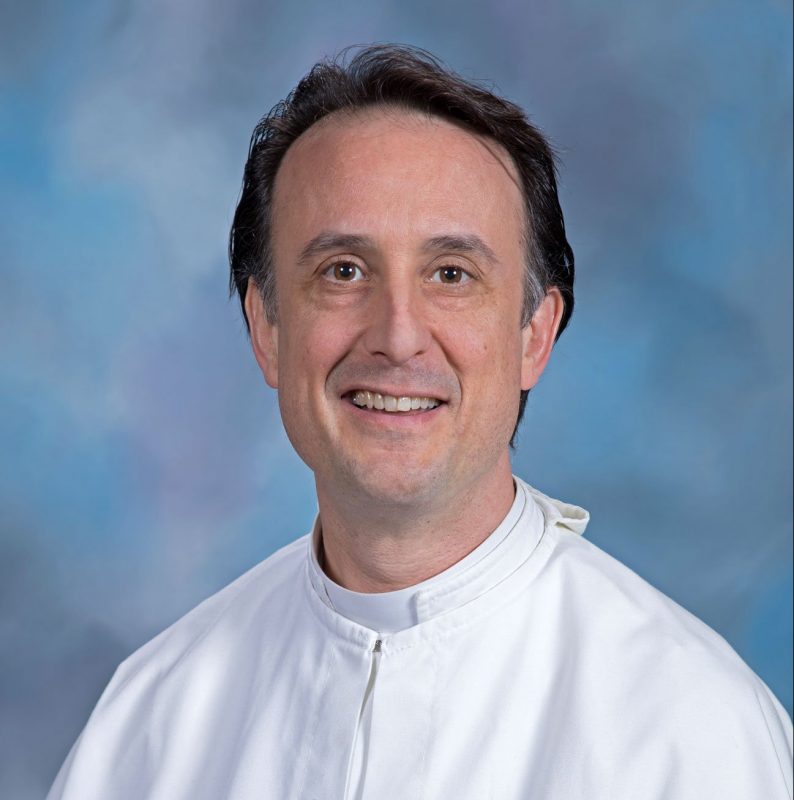 The short answer is I do not know. If you would have told me in my early twenties that I would be a Norbertine, a member of the Canons Regular of Prémontré, I would have thought you were crazy. Why? Well, I was not a fervent Catholic. I wasn’t even going to Mass nor doing much of anything else spiritually. At least so I thought.

I was raised in a Catholic family in which Sunday Mass, prayer at meals, and at night were the norm. My mother grew up in Brazil and endured a difficult upbringing, practically raising herself Catholic before coming to the United States in her late teens to find work. She did not share a lot about her past nor have much contact with her family, which was a source of curiosity for me. My family, which included my parents and two brothers, moved a lot and by the time I was seven, I had lived in three states.

Moving to Pennsylvania occasioned the arrival of two more brothers who seemed to be more than my parents could handle. Their marital difficulties, which had appeared earlier, continued to escalate. For a variety of reasons, my family gradually began to fall away from the practice of Catholicism.

I continued to go to Mass through high school and college, but Mass always felt perfunctory for me. It was something I felt I should do and never something I wanted to do. I didn’t feel I was getting anything out of it.

Upon graduating from college and working as a corporate accountant, I found myself not supported by Catholic friends and fell away from the practice of my religion. Despondent with my career choice, yet unsure of what I wanted to pursue next, I set out on an exploratory trip across the USA. Traveling the roads and byways of the US, I felt first the exhilaration of the open road and its promise to put me in better touch with myself. As an itinerant, I found myself asking time and time again “where am I going and why am I staying here.”

Though this mode of vagabond living was fun and exciting for a while, it was also a bit scary. Questions loomed. How long can I last on my savings? Will this path in fact lead to greater clarity of purpose and direction? Will this experience that everyone else finds either exciting or ridiculous be just a colossal waste of time. Living in campgrounds and hostels I found many other people young and old who were searching and who had interesting stories to tell about their journeys. And though they were supportive of my quest, some of my relatives were not as willing to embrace my path.

At a time when I perhaps needed guidance the most, I was not practicing my faith. I was journaling a lot and reading about spirituality in other religious traditions. Eventually, I reconnected with my faith through an experience of serving with other college students at Habitat for Humanity. There I found a connection between generous service, vibrant and participatory liturgy, and Christian community. I could not believe I had found this all in one place. The seed for my religious life was planted. I had just turned 26.

My itinerant life seemed to come to a close as I returned from a four-month visit in Brazil. After going on a retreat with the Paulists, the community that served in college parishes, I applied for entrance. Looking for a spiritual director to help me in the process and the Paulists suggested a Norbertine who had lived with them while teaching in Washington.

Completing the autobiographical statement in the application revealed to me some personal growth areas that needed attention before I was ready for religious life. In the meantime, I began to get to know other members of the Norbertine community at Daylesford Abbey. I began to understand the charism of St. Norbert as reflected in Daylesford’s mission focus on healing and reconciliation. I resonated with the desire of this community to make the healing of its wound of division the source of its strength and ministerial focus.

St. Norbert’s mission of using the Eucharist to bring together warring factions is one I believe is much needed today. I have known this in my own family life and I am grateful to be serving in a community of men and women who take that mission to heart.