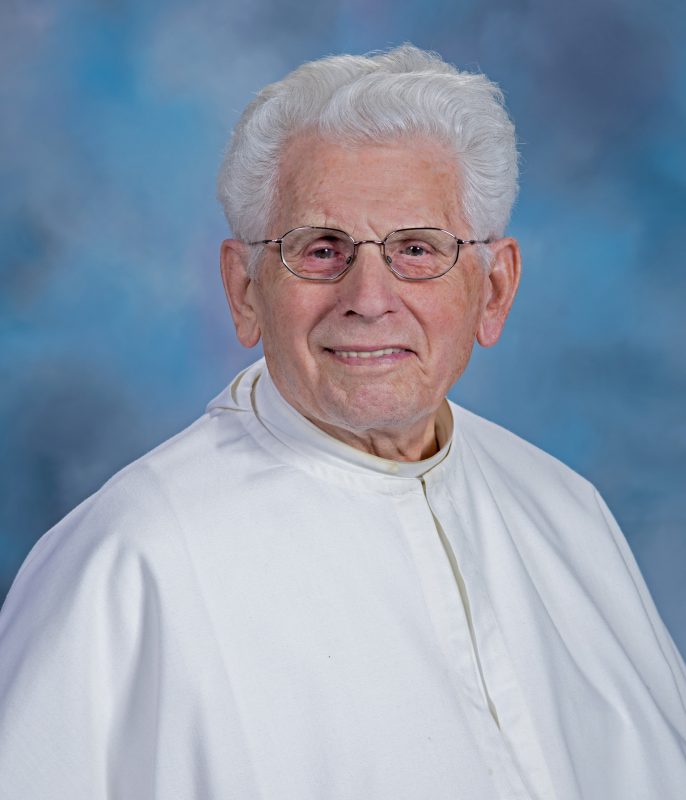 My family lived in a small village-Poederlee-in the Province of Antwerp-Belgium. My father and mother were farmers. I was the first-born, followed by 2 sisters, one year and 6 years after me.

I learned my letters and numbers in Kindergarten, run by the Sisters. After 2 years, I entered into the local “boys school”. We had only 2 teachers for all the grades from one to nine!!!

When I was 12 years old, the parish priest convinced my parents to send me to an Apostolic board school, run by the Jesuits in Turnhout, where only candidates for future Missionaries were accepted. There was rigorous education in self-discipline, serious studies and spiritual life. Three times a year we went on vacation. During those days, especially in summertime, I had to help on the farm and in the fields. My parents were not rich, but made the sacrifice of permitting us all three to begin post-elementary studies.

We did our best to succeed in our schools to satisfy our hard working parents.

Then came the time to declare to Father Superior S.J. our wish for religious vocation as Missionary. We were 5 Apostolic students among about 20 in the St.Joseph College. We made 5 different choices: a Jesuit, a Benedictine, a Norbertine, a Scheut-Father, and a White Father of Africa. Those last two did not become a priest. Two of us, the Benedictine and me the Norbertine went for years to Congo. (me: 11 yrs.) The Jesuit went to India and still lives there, in Bhopal, when I called him being in India in 2001. The Benedictine Priest is still in the Congo. I had to leave that country in 1964 because of civil war, when so many Religious were murdered by the rebels.

Why did I become a Norbertine???

In my home parish-Poederlee- we have had 3 weekend priests from the abbey of Tongerlo. They had good influence in the young people of the parish. They invited us to visit Tongerlo by bike. We did sometimes. Thus as a fish I was caught in the spiritual net of the Norbertines of Tongerlo in 1944.

I became a priest on August 12, 1951. I was send to the (Belgian) Congo in 1953. After 11 years in 3 different posts, Civil war started, in 1964. We had to leave the country Congo in November. Until the time of Easter, we were home. Then some of us accepted Ministry in different parishes in the North of France. After 2 years there, my Abbot Boel invited me to join the Norbertine Community in Quebec-Canada. I was Assistant-parish-priest for 15 years in Saint Constant, a few miles from Montreal. Since 1983 I live here in Daylesford Abbey and I am working as Priest-Chaplain in Mercy Fitzgerald Hospital in Darby, PA.

I became officially a member of Daylesford Abbey since my transitus in 1986. I am a happy priest, blessed by the Lord, a Religious grateful to Jesus, to the Church, to our Norbertine Community wherever I lived in.

To end I like to say: “Thanks be to God. May God continue to bless me for more years, serving the Church and the Norbertine Order of Saint Norbert.”